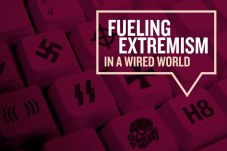 In three lectures taking places in different locations in September, the United States Holocaust Memorial Museum will examine the use of social media within the context of extremism. 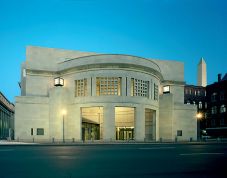 On 15 March, the United States Holocaust Memorial Museum will host a talk by BBC investigative journalist Dina Gold, describing the Nazi seizure of her family’s stately six-story building and her extensive battle to reclaim it. 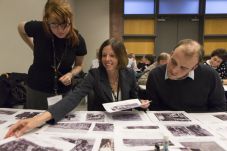 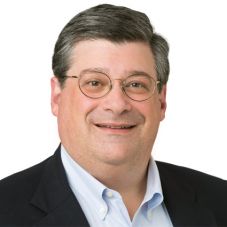 On 4 November, IHRA was pleased to welcome Owen Pell, a Member of the Board of the Auschwitz Institute for Peace and Reconciliation (AIPR), to present the Latin American Network for Genocide and Mass Atrocities Prevention to IHRA delegates. 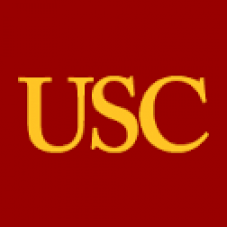 LOS ANGELES, Aug. 10, 2015 (GLOBE NEWSWIRE) -- USC Shoah Foundation Center for Advanced Genocide Research, in collaboration with the USC Thornton School of Music, will be hosting scholars from around the world for two days of programming on Oct. 10 - 11 to highlight the use of music as a tool to resist oppression and spread awareness. The program, titled Singing in the Lion's Mouth: Music as Resistance to Genocide will feature two documentary screenings, an international academic symposium and a concert featuring students from USC Thornton School of Music performing pieces used as resistance during various genocides of the 20th Century. Sponsoring the program will be USC Visions and Voices: The Arts and Humanities Initiative.

The documentaries will be screened on Oct. 10. The first, Screamers, showcases how the rock band System of a Down used their songs to raise awareness about the Armenian Genocide. The second, Following the Ninth: In the Footsteps of Beethoven's Final Symphony, examines how people around the world have used Beethoven's Ode to Joy to resist dictatorship. Screamers will be followed by a panel featuring the filmmaker Carla Garapedian. A discussion with the director, Kerry Candaele, will follow the screening of Following the Ninth.

The second day of the event will feature the international academic symposium. Speakers from South Africa, Indonesia and the United States will discuss how music has been used as a tool to resist mass violence, including during the Holocaust, as well as the Armenian and Indonesian genocides.

Topics include "Sounds before Surrender: Theory and Actuality of Jewish Musical Resistance Under Nazi Rule," "We the Black Nation: Music as Resistance in the Struggle Against Apartheid in South Africa," "A Repertoire Against Genocide Denial: Singing Armenian Lullabies in Istanbul," and "The Resistant Soundtrack: the Role of Film Music in Promoting On-Screen and Off-Screen Resistance to Genocide." Included in the discussions are academics and scholars from the University of Cape Town in South Africa, Universitas Padjadjaran in Indonesia, as well as visitors from University of Colorado at Boulder, Columbia University and the United States Holocaust Memorial Museum.

"We often think of music as being entertainment, but it is far more than that," said Professor Wolf Gruner, director of USC Shoah Foundation Center for Advanced Genocide Research. "Music has always been used as a tool to defy, resist mass violence. Music gives voice to those who are left with no other way to be heard. This conference will explore the many ways people relied on music to stand up to violence."

The Oct. 11 concert will be performed by students at USC Thornton School of Music and feature music that was used during the Holocaust and other genocides as tools of resistance.

Fourteen pieces will be performed. In one, a dozen USC Thornton Chamber singers will perform two songs simultaneously, as was done in the Buchenwald Concentration camp in Nazi Germany to drown out the chanting of Communist prisoners. The songs are "The Internationale," a leftist anthem written by Pierre De Geyter and Eugene Pottier in the late 19th century, and "Buchenwaldlied," by Hermann Leopoldi and Fritz Loerner-Beda. Leopoldi composed the song around Loerner-Beda's poetry while imprisoned at Buchenwald in 1938 as an entry to a contest promoted by the camp commander.

Students from USC Thornton Division of Contemporary Music will also perform music from a 1971 concert at Madison Square Garden put on by George Harrison to raise money for refugees who escaped the genocide of Bangladeshi people at the hands of the Pakistani military, claiming between 300,000 and 3 million lives.

In an instrumental performance, a student pianist from USC Thornton School will play a rendition of "Two Polonaises," a piece from a manuscript that was discovered by an inmate of Auschwitz-Birkenau death camp in 1944. The name of the composer is not known.

"Even in the harshest of conditions, people find ways to make music," said Nick Strimple, a professor with USC Thornton School of Music and an expert on Holocaust music. "Music gives victims a power their perpetrators can't take away. Even in World War II, there was a great body of work coming out of the camps. Yiddish folk songs are about life. As they were being brutalized, Jews wrote new songs about life in the ghettos and the camps."

The screenings and the concert will be held on the University of Southern California campus and are open to the public. For details, visit www.sfi.usc.edu.

To make reservations for the screenings and concert, visit the Visions and Voices website: visionsandvoices.usc.edu.
To RSVP for the conference go to http://sfi.usc.edu/events/usc-shoah-foundation-center-advanced-genocide-research-singing-lions-mouth-music-resistance.

USC Shoah Foundation - The Institute for Visual History and Education is dedicated to making audio- visual interviews with survivors and other witnesses of the Holocaust and other genocides, a compelling voice for education and action. The Institute's current collection of more than 53,000 eyewitness testimonies contained within its Visual History Archive preserves history as told by the people who lived it, and lived through it. Housed at the University of Southern California, within the Dana and David Dornsife College of Letters, Arts and Sciences, the Institute works with partners around the world to advance scholarship and research, to provide resources and online tools for educators, and to disseminate the testimonies for educational purposes.

From 10-11 October, the USC Shoah Foundation Center for Advanced Genocide Research, in collaboration with the USC Thornton School of Music, will hold a conference to highlight the use of music as a tool to resist oppression and genocide.

New Edition of Prism: An Interdisciplinary Journal for Holocaust Educators
16.04.2015

The 2015 issue of Prism: An Interdisciplinary Journal for Holocaust Educators is currently available in print and digital versions. 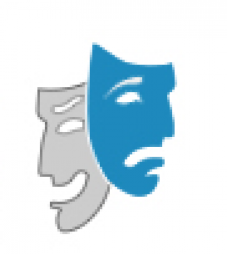 The  National Jewish Theater Foundation (NJTF) invites you and your theater, museum or educational entity to be a part of an inaugural event honoring the victims of the Holocaust on Monday April 13, 2015.

Earlier this year, the Center for Research on Intercultural Relations at the Sacred Heart Catholic University in Italy, in cooperation with the USC Shoah Foundation in America, produced an online bilingual educational resource, “Giving Memory a Future,” with support from IHRA.

25 Teachers Selected for "Auschwitz: the Past is Present", Professional Development Program in Poland
24.11.2014

USC Shoah Foundation - The Institute for Visual History and Education, and Discovery Education, have selected 25 teachers from around the world to participate in a unique professional development program in Poland as part of Auschwitz: The Past is Present. 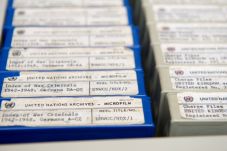 On Tuesday 11 November, The Holocaust and the United Nations Outreach Programme hosted an event on the UN War Crimes Commission Records (1943-1949) at the UN Headquarters in New York.