2017 is the year of the Swiss chairmanship of the IHRA. Switzerland’s candidature is rooted in a particular set of values. Switzerland does not accept discrimination. Respect for minorities and for cultural, political and social diversity is an essential part of Switzerland, just as it is crucial to its existence and its functioning as a state under the rule of the law, thereby ensuring peace, security and equality for all.  An overview of the Swiss chairmanship priorities and media coverage of the chairmanship can be found on the website of the Swiss Federal Ministry of Foreign Affairs in English, French, Italian, and German.

Three priorities for Switzerland's chairmanship of the IHRA were announced: education, youth, and social media. Those priorities are meant to strengthen the efforts concerning “Teaching and learning about the Holocaust" through new media channels, frequently used by young people. Therefore, specific related projects have been launched within Switzerland. Switzerland keeps its website about the chairmanship of the IHRA constantly updated.

A comprehensive overview about the recent activities on Holocaust Education, Remembrance and Research was published in the country report to the IHRA in 2015.

A special feature about Switzerland’s membership to the IHRA can be summarized as follows: “Switzerland was the first country to establish a national IHRA advisory group, by bringing together representatives from teachers’ associations, Jewish NGOs, Sinti and Roma organizations, governmental departments and universities. The underlying idea was to promote the implementation of the Stockholm Declaration and the goals of the IHRA in civil society. This combined top-down/bottom-up approach turned out to be particularly successful in a multilingual and federalist country. Teamwork and diversity are Switzerland’s strengths.” (IHRA Booklet on 15th Anniversary of the Stockholm Declaration) 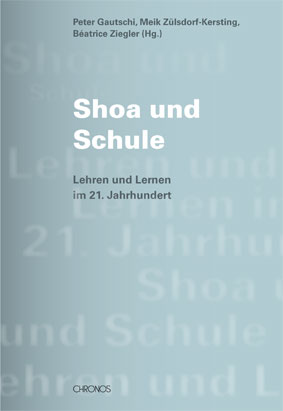 The Holocaust is a mandatory topic in Swiss schools. The Cantonal education departments (CDPE) are committed to implementing the guidelines and to reaching the goals defined by the Cantonal teaching curricula.

The Holocaust as the murder of the Jews of Europe by the Nazi regime and its collaborators during the Second World War is taught within the context of history teaching and civic education. Aspects of the Holocaust and the Roma genocide are also addressed in social science, religious studies and literature.

At the primary and secondary school level (ages 7-16) the teaching of Holocaust remembrance is taught within the frame of the Second World War.

On a higher level (Gymnasium/Lycée and vocational training), the teaching of Holocaust remembrance is seen in the context of violence and genocide prevention, aiming at analysing, understanding and preventing the causes and forms of violence, racism, xenophobia and antisemitism. Teaching methods are interactive, insisting on the need to respect human rights, as well as other people's values, and promoting interaction and communication, solidarity and mutual understanding.

A regularly updated list of teaching material used in Swiss schools is maintained by CDPE. The list is available in French, German, and Italian

Each year, on the 27 January, the President of the Swiss Confederation delivers a message to commemorate the International Holocaust Remembrance Day. In Swiss schools this day has been commemorated since 2004, focusing on three main topics:

The following events took place in addition to the annual activities in order to commemorate the International Holocaust Remembrance Day:

In 2008 in Geneva, over 500 guests attended a national ceremony honoring the Swiss Righteous among the Nations (approximately 60 women and men). This commemoration was the first of its kind in Switzerland, and it was performed in the presence of the President of the Swiss Confederation.

In 2011 the Association of Holocaust Survivors in Switzerland decided to cease its activities all the while retaining informal ties between former members. A ceremony in the Federal Palace (the parliament and government building) in Berne took place to honor the association and their many years of work. A publication project of testimonies launched in 2008 was the cornerstone of their activities. Headed by Professor Ivan Lefkovits, a Holocaust survivor himself, this project was and is meant to encourage those survivors who had not yet done so to write down their chronicles. During the ceremony, Ms. Ruth Dreifuss, former President of the Swiss Confederation was offered the first 12 books of testimonies. 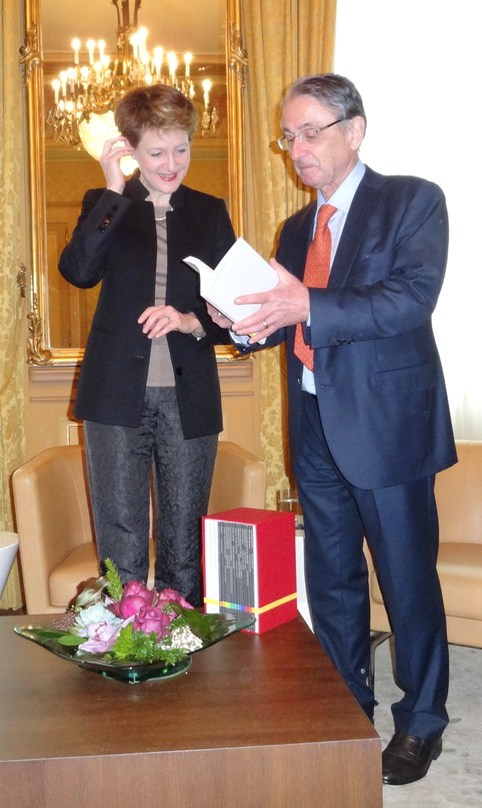 In 2015 the President of the Confederation, Simonetta Sommaruga, welcomed survivors' representatives in the 'Salon du Président' in the Federal Palace. This included a meeting with Professor Lefkovits at which she was presented with the last three of 15 testimonies and a final volume, which is illustrated and sums-up the history of the testimonies. This volume is available in German, English and French.

In 2016, the president of the National Council, Christa Markwalder, and the Federal Chancellor Walter Thurnherr attended the official Ceremony in Berne.

In 2017, Ambassador Benno Bättig, the incoming chair of the IHRA and FDFA secretary general, was the keynote speaker of the official Ceremony in Berne to commemorate the International Holocaust Remembrance Day.

Annual activities organized at the UN Office in Geneva may be related to Swiss history, such as the exhibition on the Carl Lutz (2012), or have been suggested by Switzerland, such as a performance based on “The Third Walpurgis Night” by Karl Kraus (2013).

Following the research by the "Independent Commission of Experts Switzerland - Second World War" and the publication of their findings in 25 volumes (2001-2002), other historians started to further investigate the political, social and economic aspects of this period. Recent research has focused on the Swiss refugee policy canton by canton or has adopted a supranational perspective. A list of books published since 2004 is attached to the “country report” of Switzerland to the IHRA.