IHRA organized consultations in Chisinau, Moldova on 27 and 28 January 2014 in cooperation with the OSCE/ODIHR, the Moldovan Foreign Ministry, the Bureau for Interethnic Relations of Moldova.

The visit was part of IHRA’s Multi-Year Work Plan project on Holocaust Memorial Days, which aims to foster Holocaust education, remembrance and research, promote the goals of the Stockholm Declaration, and raise awareness about the work of the IHRA. 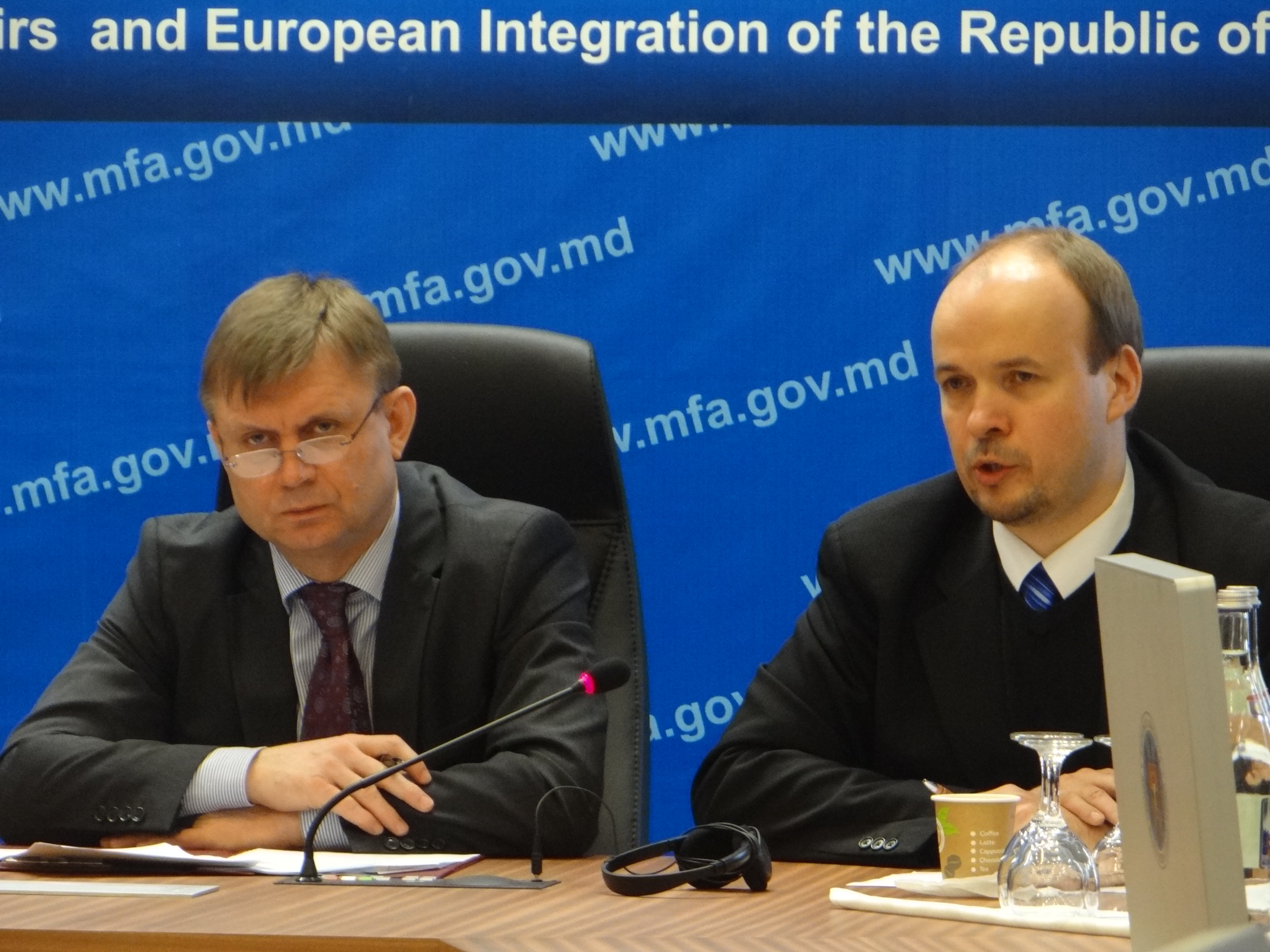 The Deputy Foreign Minister, Deputy Minister of Education, officials from several other ministries, and representatives of the Jewish and Roma communities all participated in the program.

The role of governments in promoting Holocaust remembrance and education was the focus of a roundtable discussion on 28 January.  Government officials and representatives from civil society and minority communities in Moldova drew on practical examples from Moldova and other countries to explore the significance of promoting Holocaust remembrance and education.

“The Holocaust is a powerful reminder of the need to protect, promote and defend human rights,” said Floriane Hohenberg, Head of ODIHR’s Tolerance and Non-Discrimination Department. “By promoting Holocaust remembrance, governments can also speak out against contemporary manifestations of racism and antisemitism.”

Participants noted that governments play a critical role in promoting Holocaust remembrance and education.  “In light of worrying manifestations of Holocaust denial and trivialization in many different countries, it is vital for governments to ensure that education about the Holocaust is part of school curricula,” said Dr. Kathrin Meyer, Executive Secretary of the International Holocaust Remembrance Alliance.

OSCE participating States have committed themselves to “promote remembrance of and, as appropriate, education about the tragedy of the Holocaust, and the importance of respect for all ethnic and religious groups” (MC Decision 12/04, MC Decision 10/05). The commitment to promote Holocaust education, remembrance and research and encourage an annual day of remembrance was also part of the 1998 Declaration of the Stockholm International Forum on the Holocaust, which forms the basis of the work of the International Holocaust Remembrance Alliance (IHRA). In 2005, a resolution by the UN General Assembly designated 27 January as the International Day of Commemoration in memory of the victims of the Holocaust, thus acknowledging the universal implications of this event. 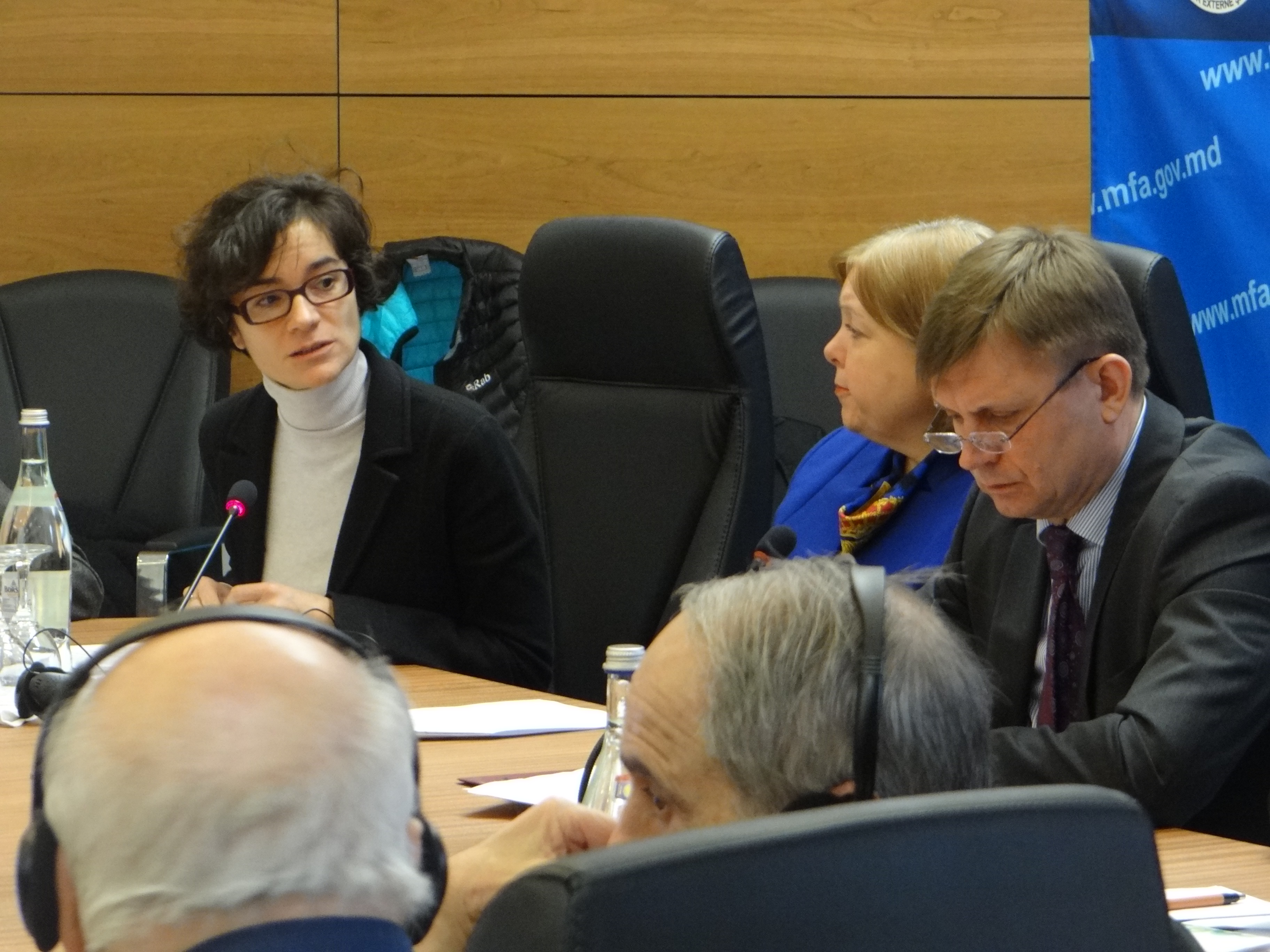 A cooperative effort between IHRA and ODIHR facilitates the exchange of good practices in the area of Holocaust remembrance and education. Holocaust Memorial Days are an important opportunity for governments to both introduce and intensify activities related to remembrance and education, to speak out against antisemitism and to confront Holocaust denial. Reflecting on this watershed in European history also allows societies to focus on the importance of promoting human rights, mutual respect and understanding in today’s world.

Top Photo: A roundtable discussion on raising awareness about the Holocaust at the Ministry of Foreign Affairs and European Integration of the Republic of Moldova, Chisinau, 28 January 2014.