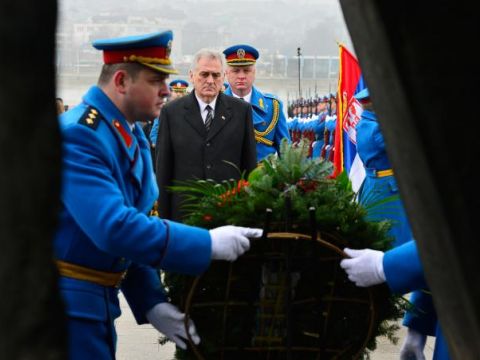 The Republic of Serbia has a long tradition of commemorating World War I and II. As a country that had a great number of victims, every year we remember all the fallen – soldiers and civilians.

The obligation of the Government of the Republic of Serbia is to organize and finance commemoration ceremonies and take care of the maintenance of all the memorials, monuments and war veteran cemeteries in the country, as well as Serbian veteran cemeteries and memorials abroad.

Serbia lost about 80% of its Jewish population during World War II. Remembrance of these victims and their terrible fate was the main reason why the Government of the Republic of Serbia decided to join IHRA (formerly the ITF). In 2006 Serbia started its official cooperation with IHRA as an observer, and in 2009 as a liaison country.. Serbia became a full-fledged member of IHRA during the plenary session held in The Hague, on 1 December 2011.

The Serbian delegation’s engagement in IHRA issues has been developed in cooperation with the Balkan countries, international organizations, such as UNESCO and OSCE/ODIHR, and different international partners, such as the Holocaust History Museum Yad Vashem and the Anne Frank House.

Holocaust education is part of the national high-school curriculum in Serbia. It is integrated in courses in history, sociology, philosophy and religious education. The Ministry of Education has developed good cooperation with the Holocaust History Museum Yad Vashem. Thanks to the teacher training in Yad Vashem, senior high-school students have done research projects on the life of the Jewish population in Serbia before, during and after World War II. In this way, public awareness of the Holocaust has been raised, especially among young people, with two major goals: to preserve the public memory of the consequences of the Holocaust and to prevent similar atrocities in the future. The Balkan countries’ membership in IHRA has stimulated and strengthened regional cooperation. A good example of such cooperation would be an ongoing workshop program for history teachers from Bosnia and Herzegovina, Croatia, and Serbia. 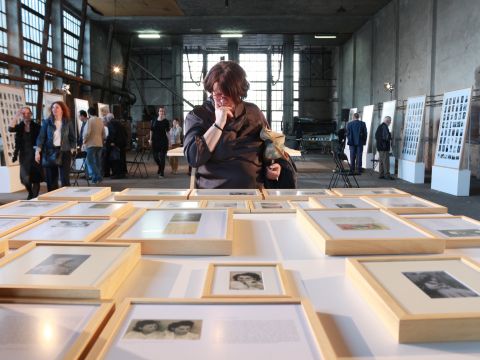 Since the adoption of the UNGA Resolution in 2005, Serbia has observed 27 January as the International Remembrance Day of the Holocaust Victims. The national remembrance day for all  Holocaust and Genocide victims, as well as for other victims of fascism during World War II, is 22 April. The international remembrance day for the Roma Holocaust victims is 16 December. On these remembrance days, central state commemorative and wreath-laying ceremonies are held in the presence of high-level country and local authorities, representatives of diplomatic missions and non-governmental organizations, intellectuals, artists, and representatives of Jewish and Roma communities. A large number of  cultural events, such as exhibitions, plays, film projections, concerts, and round-table discussions are organized all over Serbia.

Every year, at the invitation of the International Mauthausen Memorial Committee, the Serbian delegation, composed of high-level government officials, participates in the May Commemoration Ceremony of the Liberation of Mauthausen. In cooperation with the Ministry of Labour of the Republic of Serbia, agroup of high-school students and students of the Police Academy and the Military Academy attends the ceremony.