The promotion and protection of human rights are an integral policy of the Argentinian Government. We feel that Holocaust remembrance and education are linked to the need to guarantee memory, truth and justice; so we reiterate our commitment to the Stockholm Declaration of 2000.

Argentina has been a full member of the IHRA since 2000. Since then we have implemented policies and programmes to support Holocaust education, remembrance and research. The Argentinian delegation that attends the plenary meetings includes representatives of the Ministries of Foreign Affairs, Education, Justice, Security and Human Rights , together with representatives of NGOs.

Argentina, as the only Latin-American country in the IHRA, has the responsibility to generate conscience for the progressive inclusion of the topic of the Shoah in the discussions among the MERCOSUR and Associates countries. Indeed this would enable the IHRA to enlarge its work and influence beyond the IHRA member countries, in accordance with the United Nations Resolution on Holocaust, passed in 2005. Accordingly, Argentina has submitted and co-sponsored resolutions on the topic of the Holocaust at the different international fora.

Our Holocaust-related programmes and activities are developed through a Permanent Consultative National Board formed by three Ministries and several Non Governmental Organisations. The Presidency of this Board is organised through a rotation system among the Government areas involved. The President has the task of coordinating the meetings where the Board organises Argentina's activities.

Currently, the local chapter of the IHRA is composed of the above-mentioned three State organisations working in collaboration with the following organisations:

Educating remembrance means teaching respect for human rights, and struggling against discrimination and intolerance. Therefore, the Ministry of Education has established 19 April, the Day of remembrance of the Warsaw Ghetto uprising, as the Day of Cultural Diversity. 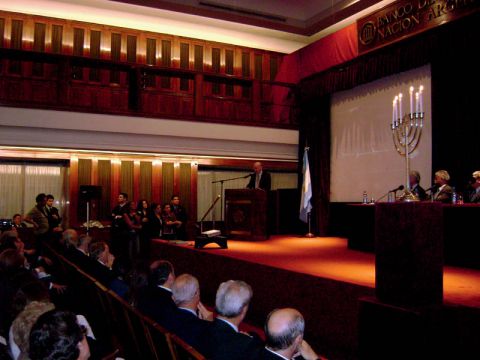 The first cooperation project in the framework of the IHRA, involving the National Ministry of Education, the Ministry of Foreign Affairs, the National Secretariat of Human Rights and the NGO members of the local ITF chapter took place on 8 and 9 August  2007.

The Seminar: "The Shoah as a key event of the XXth Century: Contributions for an educational agenda of the present time" was held at the Ministry of Foreign Affairs, the Ministry of Education and the Buenos Aires Shoah Museum.

Its goal was to promote the progressive inclusion of the topic of the Holocaust in the teaching of the world's and of our own country's recent history. It was addressed to government officers in charge of the design of the curricula of the 23 Argentinian provinces and teachers, working both at Teachers' Training Institutes and at the Curriculum area of Social Sciences. Moreover, representatives of the Ministries of Education of the Mercosur and Spain attended as special guests.

The National Ministry of Education works through the Federal Council of Education, which includes the Ministries of Education of all Argentinian provinces, in order to distribute materials on the Shoah. 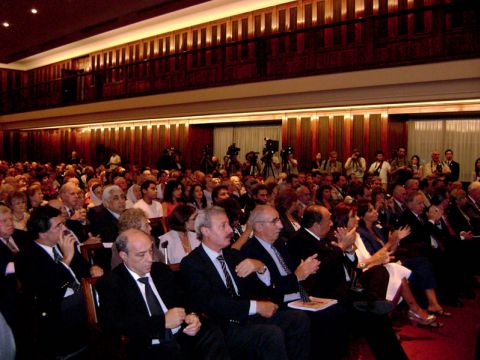 It is the responsibility of the constitutional institutions of the Republic to carry out the collective exercise of remembrance to teach current and future generations the consequences of illegal violence and terror. Therefore, every year there are several Holocaust remembrance activities organised by the Federal and Local governments and by civil society organisations. 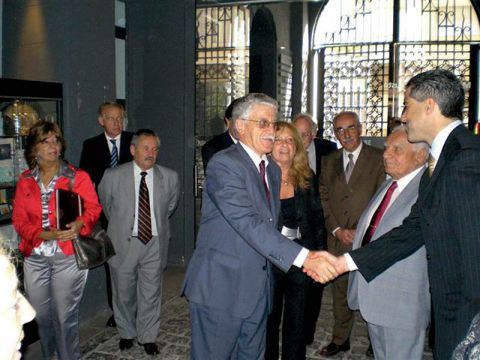 By a 1992 National Decree, Argentina declassified all documentation related to Nazi war criminals. Currently the archive of the Ministry of Foreign Affairs, International Commerce and Worship allows access to those documents without any restriction.

The documentation related to the Second World War period that can be found in this archive consists of diplomatic reports of national and international German policies, visa and immigration records, extradition requests and seizure of German property. The Archive can be contacted by e-mail: archivo [at] mrecic.gov.ar.