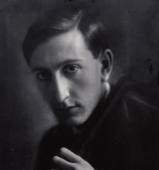 The Leo Smit Foundation has launched a new English language website 'Forbidden Music Regained' which offers access to a searchable database with 35 biographies and nearly 1,900 works and audio samples by composers who lived and worked in the Netherlands and were persecuted in World War II. For Cornelia Hermann the launch of the website 'Forbidden Music Regained' meant she could hear for the very first time a piece of music her Jewish Hungarian-born father had dedicated to her in 1939, when she was seven - 'Pièces pour piano a quatre mains'.

Her memories of him were a moving testimony to the power of music as memory. Paul Hermann was arrested by the Nazis in France in April 1944, and put on a transport to Auschwitz and Lithuania. He was never seen again.

Hermann is one of the composers whose life and work have been made accessible now online in a rich and well-structured website by the Leo Smit Foundation of Amsterdam. Smit left Hungary for Berlin as a young musician, but in 1933 life in the German metropolis became increasingly difficult for him. A cello player with an international reputation, he performed as long as he could throughout Europe, both his own music and works by his teachers Kodály and Bartók. Ultimately, in Toulouse, Hitler caught up with him.

The Amsterdam-based Leo Smit Foundation has now launched an English language website that offers access to a searchable database with 35 biographies and nearly 1,900 works and audio samples of composers who lived and worked in the Netherlands and were persecuted during the Second World War. It is a treasure trove of information on where to find manuscripts and related subjects.

Leo Smit is among the more well-known composers to be found on 'Forbidden Music regained'. His work has been successfully brought back into the concert halls. Eleonore Pameijer, one of the founders of the Leo Smit Foundation, performed Smit's last known composition at the launch in the Uilenburger Synagogue in Amsterdam. The lento of the sonata for flute and piano was composed in February 1943. Smit was murdered in Sobibor in March 1943.

As the deputy Mayor of Amsterdam, Kajsa Ollongren, said at the launch event, making the music of persecuted composers known and available is important to the city of Amsterdam, as we cannot and should not forget what happened in our city more than seventy years ago.