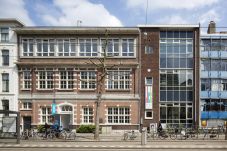 The Dutch cabinet announced its intention to support the National Holocaust Museum and the Dutch Holocaust Memorial of Names with 5.6 million euro and 2.3 million euro respectively. State Secretary Van Rijn states: ‘102,000 Dutch Jews, Roma, Sinti were murdered during the Holocaust… a number that is still hard to grasp. That is the reason why we have the obligation to remember and commemorate for all eternity. Therefor I applaud these new places of commemoration and contemplation and support the realisation of them wholeheartedly. We must continue to honour the lives of all victims. And we have to remember their names.’

Reaction of the Dutch Auschwitz Committee and Jewish Cultural Quarter

Jewish Cultural Quarter director Emile Schrijver: ‘The Jewish Cultural Quarter is very pleased with the proposed government support for the National Holocaust Museum. We consider it an important boost to our initiative. It is a great starting point for the further development of the museum, provides a sound foundation for the national and international fund raising campaign.’

The Holocaust Museum is housed in the former Hervormde Kweekschool (Reformed Teacher Training College) in Amsterdam. Six hundred Jewish children, who were held captive in the adjacent nursery during the war, were saved via this building. Across the street the Hollandsche Schouwburg (Dutch Theatre) – the actual Umschlagplatz – was then packed with Jews waiting for their deportation. Currently the Schouwburg is the place of remembrance for the Jews who were murdered in extermination camps like Auschwitz and Sobibor. The Kweekschool on the other hand, represents the hope which stemmed from the saving of these children. 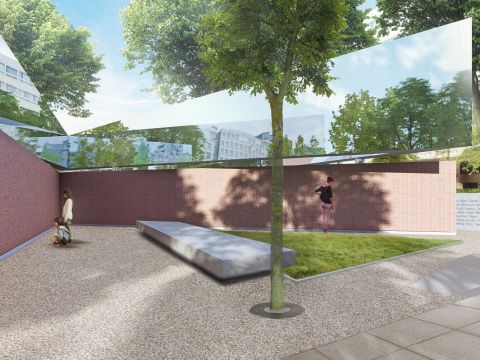 This new memorial, that will bear the names of the more than 102,000 Dutch Holocaust victims, is an initiative of the Dutch Auschwitz Committee. The memorial will be located in the Jewish Quarter of Amsterdam, near the Hollandsche Schouwburg and the National Holocaust Museum. Architect Daniel Libeskind designed the memorial that consists of 102,000 individual brick stones. Each of the stones bears one name and each of these names can be touched by visitors. The monument also serves as a permanent warning for the possible horrors of extreme ideologies and racism.

The Netherlands is an active member of the International Holocaust Remembrance Alliance, and consider it of great importance to work on Holocaust commemoration, education and research in an international context. In the Netherlands the Holocaust is commemorated each year on the last Sunday of January at the Auschwitz Never Again memorial in the Wertheim Park in Amsterdam. All Dutch victims of the Second World War and later wars and peace keeping operations are commemorated on the 4th of May; the Dutch National Remembrance Day.