Over four days more than 200 experts and policymakers from the IHRA’s 31 Member Countries, eleven Observer Countries, and seven international partner organizations gathered to discuss Holocaust education, research and remembrance as a contemporary political issue. The current Chair of the IHRA is Ambassador Benno Bättig.

Click on one of the images to view the gallery (8 images).

The Swiss Chairmanship welcomed the decision made by the Geneva Plenary to adopt a strategy framework for the International Holocaust Remembrance Alliance. Speaking after the conclusion of the Plenary Session in Geneva, the IHRA Chair said: 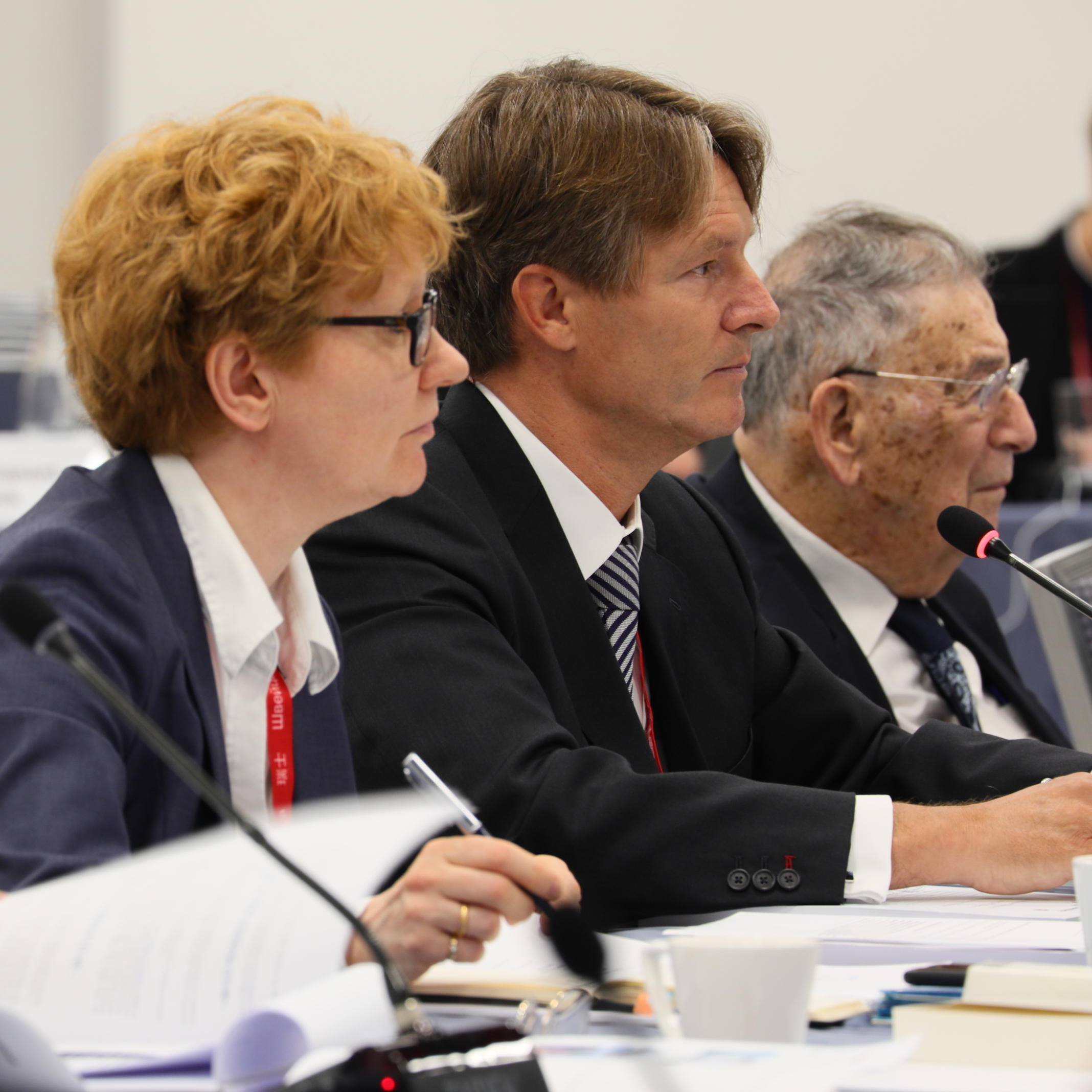 “The last four days were a period of intensive discussion and demonstrated the high level of commitment among all IHRA delegates. I'm proud that with the Spirit of Geneva we could adopt the first strategy framework for the International Holocaust Remembrance Alliance. This will make the work of the IHRA more efficient and effective and will enhance the relevance of the organization’s work.”

At the meetings in Geneva from 26-29 June 2017, IHRA delegates focused on topics such as supporting the protection and preservation of Holocaust-related sites throughout its Member Countries and beyond, as well as sharing good practices in the field of Holocaust education, research and remembrance.

Another key decision adopted by the Geneva Plenary included a statement in which the organization stated its support “for the Polish government’s opposition to the historically unsupportable use of the terms “Polish Death Camps” or “Polish Camps” to refer to the camps and sites of persecution and murder established by Nazi Germany on invaded and occupied Polish soil.”

The IHRA also decided to accept Bulgaria as a Liaison Country to the IHRA - the first country to take the next step towards full membership since 2009.

Within the framework of the plenary meetings, students from schools in Switzerland were invited to present their translations of the memoirs of Holocaust survivors. Reflecting on the initiative, Ambassador Bättig said:

“The fact that all generations stand together to share their reflections on the past is an important signal for the future. For the Swiss Chairmanship it was important to integrate young people in our work.”

The second plenary meeting under the Swiss Chairmanship will be held in Bern in November 2017.

The IHRA unites governments and experts to strengthen, advance and promote Holocaust education, remembrance and research world-wide, and to uphold the commitments of the 2000 Stockholm Declaration.