IHRA Honorary Chairman, Professor Yehuda Bauer, has issued the following statement: "The 'Unite the Right' rally which took place in Charlottesville last week, in which counter-protester Heather Heyer was murdered, not only leaves a stain on America but is also a timely reminder of the perpetual need to combat the twisted ideology of the far-right everywhere it appears. 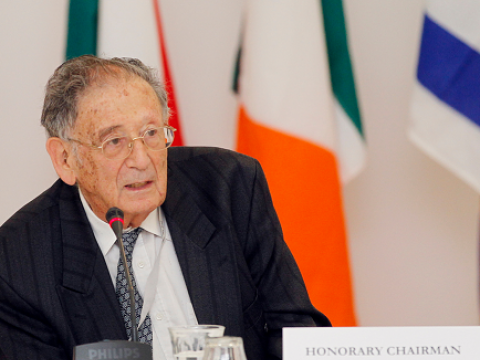 The Holocaust remains an event close enough in time that survivors can still bear witness to the horrors that engulfed the Jewish people and to the terrible suffering of the many millions of other victims of the Nazis. I therefore recoil at the sight of the symbols of Nazi-hatred being used to drive apart communities and as tools to express the supremacy of one people over another. The violent, antisemitic and racist statements and acts of those associated with ‘Unite the Right’ have no place in any society. I strongly condemn the implication of posthumously honouring the perpetrators of the Holocaust.

As Honorary Chairman of the International Holocaust Remembrance Alliance, a unique organization which unites governments and experts to strengthen, advance and promote Holocaust education, remembrance and research worldwide, I call on the international community to strongly condemn these messages of hatred and discrimination and to unite in action against them."