The work and legacy of David Cesarani 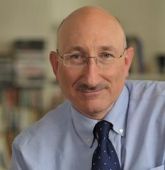 From 3 – 4 April 2017 the Holocaust Research Centre of Royal Holloway University will hold a conference entitled "The Holocaust and History: the work and legacy of David Cesarani".

David Cesarani (1956-2015) was a leading historian of the Holocaust and of Anglo-Jewry, and a public intellectual concerned with the importance of historical understanding.  The aim of this conference is to celebrate his work through presenting and debating leading and new research in these areas, and by holding a large public engagement event on recent work on the Holocaust and its legacy.

Topics presented at the conference are those that were of interest to Professor Cesarani, namely: Holocaust history and memory; Zionism; antisemitism as an intellectual tradition and political movement; and the history of Anglo-Jewry.