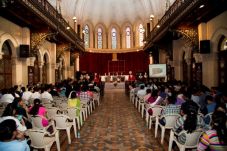 The programme organized by the Hungarian Consulate in Mumbai included lectures and panel discussions about the Holocaust in Europe, the role  Jawaharlal Nehru - the first Prime Minister of India - played in the reception of Jewish refugees and the genocide of the Roma.The successful series of events was closed by a roundtable discussion and commemoration in Mumbai at the university,  organized by the Consulate General of Hungary together with the Consulate General of Israel. The event was attended by the Minister of Agriculture of Israel, Mr. Uri Yehuda, the Minister of Higher Education and Culture of the Government of Maharashtra, Shri Vinod Tawde, Ambassador of Israel to India, Daniel Carmon, Consul General of the Federal Republic of Germany in Mumbai, Michael Siebert, Vice Chancellor (Dean) of the University of Mumbai, Shri Sanjay Deshmukh and members of the local Jewish community.

Szabolcs Takács and András Heisler met Elijah Jacob, local leader of JDC (Joint), who also hosted the Hungarian delegation in the community house of the organization. The Hungarian leaders also met young people from India who in recent years had visited or will visit the Lauder camp in Szarvas, Hungary.

In 2015 Hungary held the chairmanship of the International Holocaust Remembrance Alliance. Szabolcs Takács, who chaired the organization on behalf of Hungary, is now Head of the Hungarian Delegation to the IHRA. 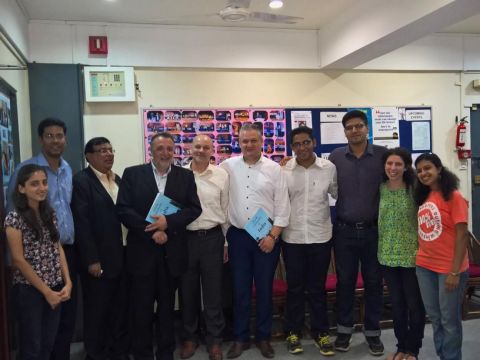