Presidents of Latvia and Israel Open Memorial to Žanis Lipke 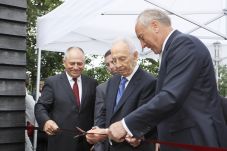 On 30 July the President of the Republic of Latvia Andris Bērziņš and President of the State of Israel Shimon Peres opened a memorial to one of Latvia’s most notable rescuers of Jews during World War II, Žanis Lipke.

In his speech at the museum, President Peres stated, “It’s special, it’s different, it’s deep, it’s moving. And it is so, because the story too is unique, courageous and moving. And so is Žanis Lipke...Lipke is symbolizing the best in human beings. The most noble, the most deepest truth in life – that we do not live just for ourselves, but we live together and for others. To save their lives.” 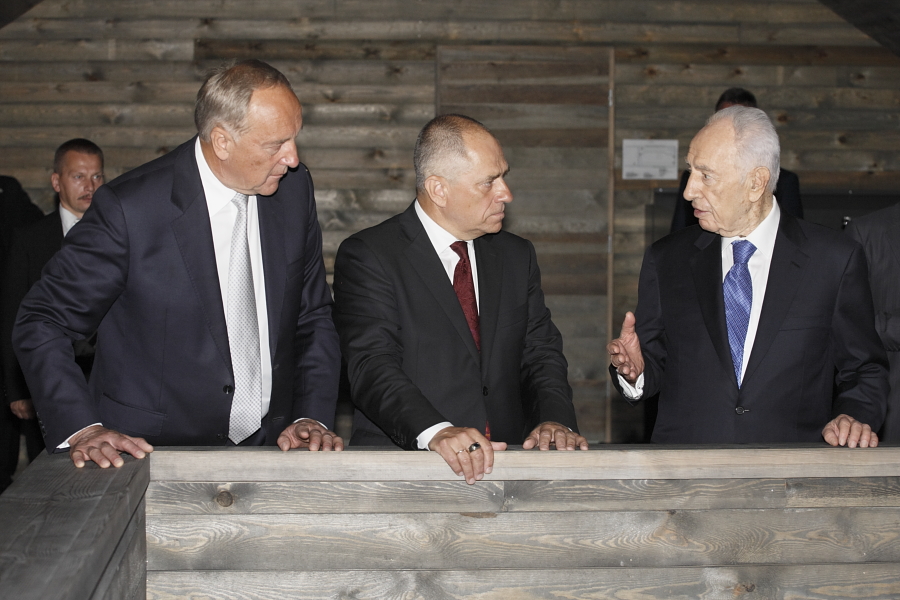 President Bērziņš stressed that, “We must tell the younger generations about these dark pages in history so that nothing of the kind can ever happen again.  Similarly, we must talk about the heroism of Žanis Lipke and others to remind ourselves that a single person by making the personal choice and dedication can change the world for better. Our nation is proud of such people. The names of Žanis Lipke and others who saved Jews will forever be recorded in history as evidence that humanitarianism cannot be overcome even under the most terrible of circumstances.”

Descendants of the Jews saved by Žanis Lipke, including representatives of the Smolyanski, Libhin and Tsesvan families, arrived from Israel specifically to be present at the opening ceremony. At the ceremony a speech was given by Boris Smolyanski, who donated his father’s Torah to the museum for exhibition.  The family relic had survived through his father’s time in the ghetto and in hiding during World War II.  Ester Schumacher, daughter of the rescued Abram Libhin, and Jana Levit brought a twig from the tree planted in 1977 by Žanis Lipke himself near Yad Vashem in Jerusalem. 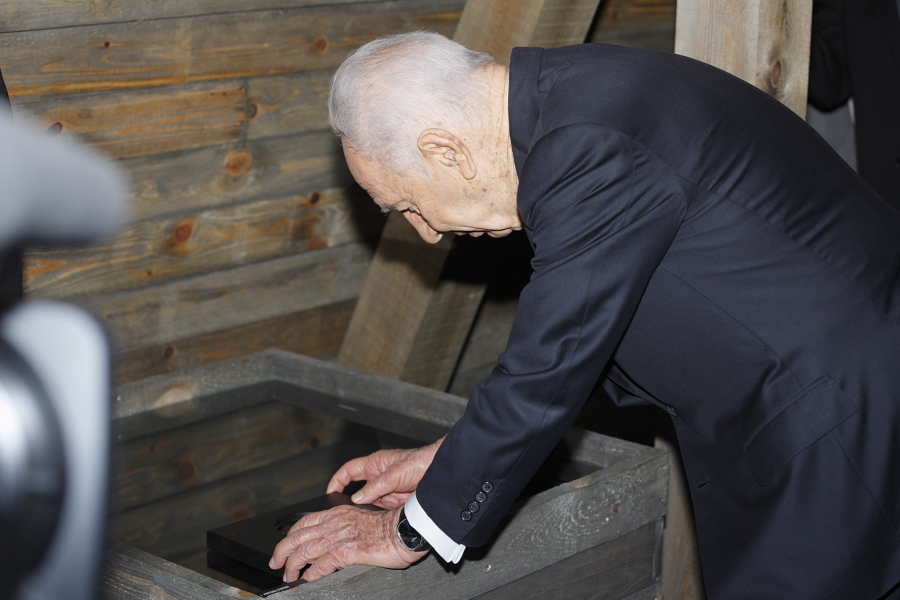 Lipke was a dock worker in the port of Riga whose means and resources were very limited. Despite this, he and his wife Johanna, together with several others, risked their lives to rescue at least 55 Jews during the war, 44 of whom survived. In 1966 Yad Vashem recognized Janis (Žanis) Lipke and his wife, Johanna as “Righteous Among the Nations.” 135 Latvians have been awarded this honorary title.

More information about the Memorial to Žanis Lipke.