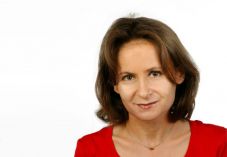 Historian Sybille Steinbacher will take on Germany's first dedicated professorship for the "Study of the History and the Consequences of the Holocaust."

This new professorship will work closely with the Fritz Bauer Institute, based at the Goethe University in Frankfurt am Main. The foundation of the position was announced in July 2015.

Dr Steinbacher ran the Insitute for Contemporary History at the University of Vienna until October 2016 and will take up her new professorship on 1 May 2017.

In German history departments, professorships are defined not by subject areas but by historical epochs, which had led to their being no professorship to the topic of the Holocaust in Germany. The University President, Professor Brigitta Wolf, said " Due to its own history, the Goethe University feels a particular obligation to come to terms intellectually with the Holocaust. Sybille Steinbacher will dedicate herself to this topic with our full support."