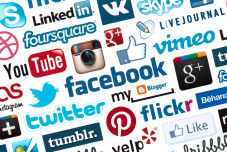 Heiko Maas, Germany’s federal minister of justice, who submitted the proposed law for consideration in March, said the internet would now be held to the same legal standards as other printed material. A study showed that major social media platforms were slow to react to reported illegal content — including slander, incitement to hate, Holocaust denial and glorification of national socialism, all of which are illegal in Germany.

Josef Schuster, head of the Central Council of Jews in Germany, praised the new law as a strong instrument against online hate speech and said an evaluation period would help determine its efficacy.

In an official statement, Schuster noted that social media has become a hotbed of antisemitic incitement, which is easily spread worldwide. Since platform operators generally failed to stick to agreements of a voluntary nature, “this law is the logical consequence,” he said.