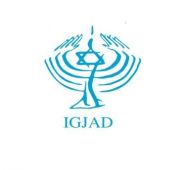 On 25 November 2013 the first worldwide electronic and green information plaque in memory of deaf Jews who suffered during the Nazi era was inaugurated in Berlin.

The solar-powered board is part of the Theme Year 2013 “Diversity Destroyed: Berlin under Nazism” and was initiated and established by the President of the Association for Deaf Jews and Descendants in Germany (IGJAD), Mark Zaurov. He was joined by Andre Schmitz, former State Secretary of Berlin Senate Chancellery – Cultural Affairs, to officially open this significant step for the deaf community and its culture.

The memorial plaque is located in the district of Berlin-Mitte at Rosenstrasse 2-4, which was the seat of the Association for the Promotion of the Interests of the Israelite Deaf-Mutes in Germany, founded in 1896. It is dedicated to the flourishing community of deaf Jews in Berlin before 1933, whose members, as a “double minority,” were subject to increased discrimination and persecution by the Nazi regime. The board is presented in German Sign Language and International Sign.