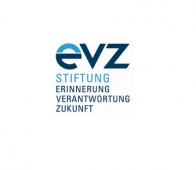 It is almost 70 years since the Second World War ended. As thoughts increasingly turn towards the idea of a world without survivors, this campaign aims to highlight those survivors who are still alive. The aims of the campaign are, however, not only limited to remembrance but also to actively supporting survivors and helping to ensure they are able to lead a dignified life.

As part of the campaign, 500 posters have been hung throughout Berlin in underground stations and at tram stops. It is also planned that the posters of the 6 profiled NS victims will be shown on billboards on motorways throughout Germany. You can view the photo portraits here.

The aim of the campaign is to increase donations to help surviving NS victims in Eastern Europe who often live under difficult conditions. To improve this situation, the charity seeks to support model projects aimed at providing survivors with access to medical care and social support. It is estimated that there are still a few hundred thousand survivors of the Nazi regime living in Eastern Europe.

One of the survivors who is profiled in the campaign is Regina Alexandrowna Lawrowitsch, born in 1933. As a ten-year-old child, Regina was dragged through Europe from her home in Minsk to the city of Cherbourg in France where she ended up in a forced labour camp. On her poster, Regina explains that throughout 25 years of marriage, she never told her husband that she had been in a camp: “Being in the camp struck me dumb.”

The charity Remembrance, Responsibility, Future plans to roll the campaign out in other cities in Germany next year. For more information on the projects supported by the campaign (in German), please see their website.