Code of Conduct: One Year On 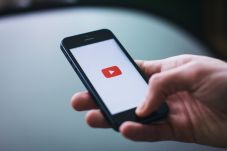 One year ago, the European Commission and four major social media platforms announced a Code of Conduct on countering illegal online hate speech. It included a series of commitments by Facebook, Twitter, YouTube and Microsoft to combat the spread of such content in Europe.

On 1 June the European Commission released the results of an evaluation of the Code of Conduct. This was carried out by NGOs and public bodies in 24 EU countries.

This is the second time that the Code has been evaluated. The results of the first evaluation were published in December 2016.

The results show that, one year after its adoption, the Code of Conduct has delivered some important progress, while some challenges remain. Some of the key points are: