On 30 November, 2017, the International Holocaust Remembrance Alliance successfully concluded its second bi-annual Plenary Meeting under the Swiss Chairmanship in Bern with the consensus adoption of an organizational strategy prioritizing countering distortion and safeguarding the historical record, including sites, testimony and archival materials.

“By focusing on fewer topics, and by working in a more coordinated and integrated manner, we can ensure that the work of the International Holocaust Remembrance Alliance is even more effective and has greater impact,” said current IHRA Chair, Ambassador Benno Bättig, following the decision to adopt the strategy taken at the IHRA Plenary meeting in Bern.

“I am rather proud that under the Swiss Chairmanship of the IHRA, the organization was able to reach a consensus decision on a thematic focus for the first time in its eighteen year history.”

The IHRA was also very pleased that Australia, an observer to the IHRA since 2015, progressed its membership status within the organization to liaison at the Bern meeting. Australia joins Bulgaria as the second liaison country to be approved during the Swiss Chairmanship – the first countries to take this step within the organization for almost 9 years. 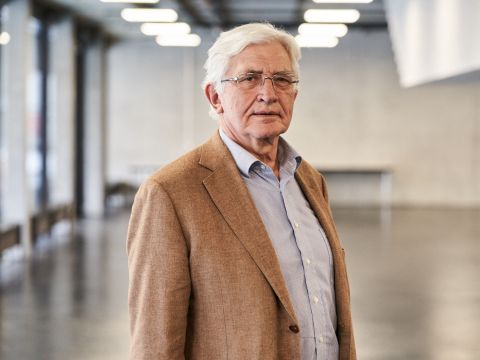 Following five years as a trusted Advisor to the IHRA, Professor Steven Katz reached the end of his term. The IHRA Chair thanked Professor Katz warmly for his support and was pleased to welcome Dr Wichert ten Have as the new Advisor.

Discussion also focused on topics such as supporting the protection and preservation of Holocaust-related sites throughout its Member Countries and beyond, as well as sharing good practices in the field of Holocaust education, research and remembrance.

On Sunday, 26 November, a conference was held on the murder of people with disabilities and the Holocaust together with the Paedagogische Hochschule Bern and the Federal Department of Foreign Affairs of Switzerland.

Read the press release and view the photos from the conference

On Monday 27 November a reception for delegates was held together with the Swiss Federation of Jewish Communities. Addressing participants, Benno Bättig underlined the importance of remembrance, stating "We remember to commemorate those who lost their lives. Let us also remember for those who survived - and for those who came after."

Mr. Herbert Winter, President of the Swiss Federation of Jewish Communities, also addressed the IHRA delegates and guests, including a number of Holocaust survivors, who were invited by the Swiss Chairmanship.