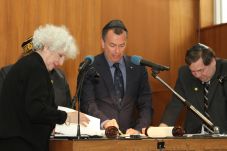 Ambassador Wilczynski was the lead reader in the interfaith service which was attended by representatives from several Christian denominations, the Muslim, Bah'ai, Sikh, Aboriginal communities as well as many educators. 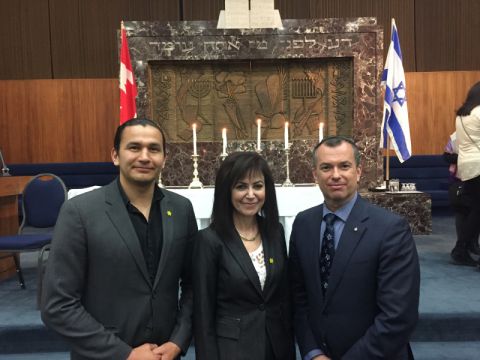 In the the image on the right, Ambassador Wilczynski is pictured with IHRA Delegate, Belle Jarniewski - Chair of the Freedman Family Foundation Holocaust Education Centre - and Wab Kinew, a member of the Manitoba Legislature (provincial government), and member of the Aboriginal community who was a reader in previous years.

During the service a 7th candle was lit in memory of the Roma and Sinti and the countless other victims of the Nazis and their collaborators.