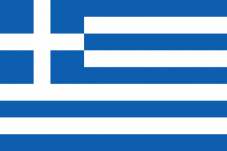 On 22 January, a Memorandum of Cooperation between the General Secretariat of Religion of the Greek Ministry of Education and Religion and the Jewish Museum of Greece was signed in Athens.

The memorandum promotes the cooperation between the contributing parties in issues that concern Jewish religion, the history of the Greek Jewry, their cultural traditions and preservation thereof, and their contributions to Greek society and culture. It aims to contribute to the preservation of the memory of the Holocaust and to combat antisemitism and racism, to support the training of educators in teaching about the Holocaust in Greek schools, and to organize activities which promote greater sensitivity of the citizens in these issues.