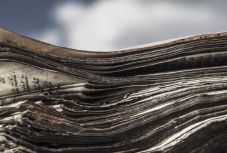 The academic conference hosted by the University of Toronto will take place on 6-7 October, prior to the IHRA Plenary meetings in Canada.

Co-sponsored by the Government of Canada and the University of Toronto’s Chancellor Rose and Ray Wolfe Chair of Holocaust Studies, some two dozen specialists in Holocaust research from around the world will meet to explore new approaches to the wartime massacre of European Jews.

In conjunction with a meeting of the International Holocaust Remembrance Alliance, held as part of the March 2013-March 2014 Canadian Chair Year under the leadership of Dr. Mario Silva, the University of Toronto conference will bring together young scholars from eleven different countries, including Canada.

“We have worked hard to bring together some of the most interesting and original new scholars in Holocaust studies,” said Professor Doris Bergen, the Wolfe Professor at UofT and organizer of the conference. “Our meeting will demonstrate the vitality of Holocaust research and introduce new ways of thinking about this crucial event.”

Michael Marrus, Bergen’s predecessor as Wolfe Professor, stressed the importance of Holocaust scholarship as an international undertaking. “We see the Holocaust as an event of global significance, and as such it is important that we bring together serious scholarship from as many different perspectives as possible,” he said.

Beginning with an event open to the public on the evening of Sunday, 6 October, the conference will screen a new Israeli film, “Numbered,” dealing with Auschwitz survivors, to be followed by a panel discussion featuring Dr. Vivian Rakoff, a pioneer in the field of Holocaust-related psychiatry; Dr. Na’ama Shik, an historian from Yad Vashem; and Dr. Carson Phillips from Toronto’s Neuberger Holocaust Education Centre.

On Monday, 7 October, participants will make presentations on such diverse matters as the dynamics of collaboration, evaluating evidence, media representation, and the persecution of Sinti and Roma.

The conference organizers have structured a dialogue among the participants, a critique of the papers by established Holocaust scholars from across Canada, and the participation of invited guests, including IHRA delegates.

The conference is open to the public and the media. Admission is free, and no registration is required.