International Colloquium “Bystanders, Rescuers or Perpetrators? The Neutral Countries and the Shoah” 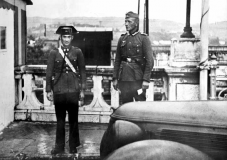 The international conference examines the attitude and reaction of the neutral countries during World War II (specifically Argentina, Portugal, Spain, Sweden, Switzerland, and Turkey) to the Holocaust.

Recent archival research has challenged long-standing opinions on refugee policies and rescue myths, however, current studies examine this issue only from a national perspective. The international colloquium will include a comparative perspective for the first time. Scholars with expertise in all the countries involved will be invited to exchange the latest research findings and establish a network for international exchange, cooperation and for future transnational study. A call for papers will also ensure that young scholars have the chance to participate and contribute. The conference programme is available here and the event will take place from 24-26 November at the Casa Sefarad in Madrid.

IHRA Chair, Sir Andrew Burns, will speak at the opening of the conference on 24 November. The following evening, IHRA Honorary Chairman, Prof. Yehuda Bauer will hold a public lecture called "Was Rescue a Realistic Possibility during the Holocaust?"

At the October 2013 Plenary meeting in Toronto, IHRA established the "Yehuda Bauer Grant" for outstanding projects in recognition of the contributions of IHRA’s Honorary Chairman. IHRA awarded the first-ever Yehuda Bauer Grant to this project on the basis of its strong multilateral aspect, its focus on an under-researched issue, and the inclusion of a comparative perspective on an international level that will add valuable contributions to the field of Holocaust research. 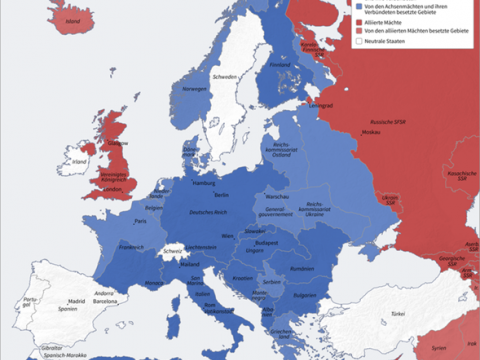 The conference is organised by the Centro Sefarad Israel – Madrid; Center for Holocaust and Genocide Studies– University of Minnesota; Mémorial de la Shoah – Paris; History Unit of the Federal Department of Foreign Affairs of Switzerland – Berne; Topography of Terror Foundation – Berlin; Living History Forum – Stockholm; Memoshoá/Association for the Education and Remembrance of the Holocaust – Lisbon and Tarih Vakfı/History Foundation – Istanbul.