The Crocus Project Launches in Ireland 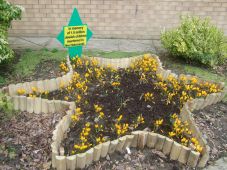 On 5 May the government of Ireland helped launch a Holocaust education project for children.

The Crocus Project is run by the Holocaust Education Trust Ireland (HETI) and aims to teach children about the consequences of discrimination.  It began in Ireland in 2005 and has grown from 6,000 students in Ireland participating in it to more then 45,000 students in Ireland, Northern Ireland, Bulgaria, Croatia, the Czech Republic, Malta and Poland.  The project is intended for pupils aged 11 years and over.

The 2014 project was officially launched at the European Parliament Office in Dublin by Minister for European Affairs Paschal Donohoe, who stated “As a parent of two young children, the importance of this project resonates deeply with me and I fundamentally believe in the message it conveys.  Teaching our children about the need for tolerance and respect is critical to diminishing the potential for such events to ever happen again.”

By bringing together people from local communities across Europe, HETI strives to enhance tolerance and mutual understanding between citizens while simultaneously ensuring the transfer of historic memory.