5th Seminar on the Fight Against Racism, Xenophobia and Antisemitism 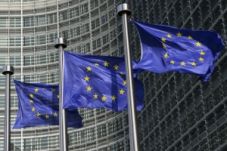 The European Commission and Israel organized the 5th Seminar on the Fight Against Racism, Xenophobia and Antisemitism in Brussels on 26 October.

The conference focused on four main topics:  racism in the EU and Israel (data and trends), access to justice and effective redress against racial discrimination, new developments in the fight against racist hate speech, and preventing racism:  education, training, and remembrance activities.

Opening remarks were given by Paul Nemitz, Director of Fundamental Rights and Citizenship at the Directorate General Justice of the European Commission, and Ambassador Yacov Hadas-Handelsman, Head of Mission of Israel to the European Union.

The Directorate Generals of Justice and Communication were primarily involved for the European Commission.  Participants in the seminar included representatives from the Ministry of Foreign Affairs of Israel, Yad Vashem, The Kantor Center for the Study of Contemporary European Jewry at Tel Aviv University, the European Network Against Racism (ENAR), European Network of Equality Bodies (Equinet Europe), and the European Union Agency for Fundamental Rights (FRA).  Communication and Program Officer Brittney Bolin attended and gave a presentation on behalf of the ITF.

The second day of the conference took place at Kazerne Dossin Memorial Museum and Documentation Centre on Holocaust and Human Rights in Mechelen, and involved a visit to the site and a discussion with the curator and architect of the new museum.

Seminar participants held a very interesting and constructive debate on the four primary topics and are looking forward to the 6th annual conference next year.