An interview with Yehuda Bauer by Michael Wildt

more >>
Chair's Statement on references to the Holocaust in the US healthcare debate
09.11.2009

The Chair of the Task Force for International Cooperation on Holocaust Education, Remembrance, and Research (ITF) has registered that statements have been made during the current health care debate in the US making inappropriate references to the Holocaust in an attempt to influence the political deliberations. The Chair of the ITF condemns these statements as they trivialize the history and memory of the victims of the Holocaust which must be held sacred for future generations.

The United Kingdom has launched one of the most far-reaching and ambitious programmes of teacher professional development in Holocaust education existing in the world today.

The Holocaust Education Development Programme (HEDP) undertook landmark research that provides a more comprehensive empirical portrait of Holocaust education in England's secondary schools than has ever existed before, and has launched a free national programme of teacher professional development designed to address directly the issues and challenges identified by this research. 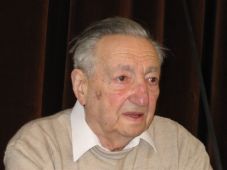 On October 2, Marek Edelman, the last living commander of the Warsaw Ghetto Uprising, passed away at the age of 90. A member of Bund, Edelman represented the party in the Jewish Combat Organization (Yiddishe Kampf Organizatsye). Edelman was among those who confronted the German forces with the first armed resistance in January 1943 and, in April, opposed mass deportation of the Jewish population, which initiated the Warsaw Ghetto Uprising.

In this international conference, located at the Falstad Memorial in the surroundings of the former SS-Camp Falstad, experts from the Task Force and other institutions gather to discuss contemporary challenges and experiences in Holocaust-related memorial sites and museums.

As the ITF Chair I am appalled by and condemn the President of Iran's statement of 18 September 2009 denying the reality of the Holocaust. Make no mistake: Holocaust denial is not merely a radical and baseless form of historical revisionism, but a form of antisemitic hate speech. It is aimed not just at Israel or Zionism but at inciting hatred against Jews everywhere.

more >>
Statement by the ITF Chair on the Importance of Teaching Children about the Holocaust
03.09.2009

With great concern, the ITF Chair has become aware of recent statements made by members of Hamas regarding efforts of the United Nations to introduce education about the Holocaust into the Gaza school system.

more >>
Statement of the ITF Chair regarding the European Parliament resolution on European conscience and totalitarianism
17.08.2009

The following statement is issued by the Chair of the Task Force for International Cooperation on Holocaust Education, Remembrance, and Research (ITF), Ambassador Tom Vraalsen, in conjunction with the resolution passed by the European Parliament on 2 April 2009, determining 23 August, the date on which in 1939 the infamous Ribbentrop-Molotov agreement was signed between Nazi Germany and the Soviet Union, as a date of remembrance to victims of both regimes.

Norway and the Holocaust

Norway is honoring the 150th anniversary of the birth of novelist and poet Knut Hamsun, who won the Noble Prize in literature in 1920. So acclaimed was Hamsun’s work that Isaac Bashevis Singer declared that “the whole modern school of fiction in the 20th century stems from Hamsun.”

The Jerusalem Post's July 26, 2009 article by Yehuda Bauer about the ITF.

Fighting our friends instead of our enemies