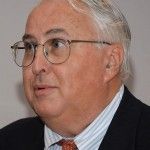 Prior to coming to Boston he was Professor of Near Eastern Studies (Judaica) at Cornell University, Ithaca, New York, where he was Chair of the Department of Near Eastern Studies from 1985-1988 and Director of the Jewish Studies Program 1985-1989.  In addition to his regular teaching appointments at Dartmouth College (1972-1984) and Cornell University (1984 to1996) he has been a visiting professor at Yale, the University of California at Santa Barbara, the Hebrew University, Jerusalem, and in 1989-90 was the Meyerhoff Professor at the University of Pennsylvania.  He was a visiting University Professor at Yeshiva University (1995-6), and a Visiting Scholar at Harvard University on three separate occasions, from 1981-1984, in 2002-2003 with the support of an NEH Fellowship, and again from 2006-2008.  He was Chair of the Academic Committee of the United States Holocaust Museum for five years and still serves on that committee, and is presently the Chair of the Holocaust Commission of the Memorial Foundation for Jewish Culture.  He is one of the American representatives to the International Task Force on the Holocaust, sponsored by the European Union.

His many publications include: Jewish Philosophers (1975); Jewish Ideas and Concepts (1977); Post-Holocaust Dialogues, which won the National Jewish Book Award in 1984; Historicism, the Holocaust and Zionism (1992); and the multi-volume study entitled The Holocaust in Historical Context, vol. 1 of which appeared in 1994 and was selected as "the outstanding book in philosophy and theology" for that year by the American Association of University Publishers.  Katz has also contributed to and edited four important books on mysticism printed by Oxford University Press: Mysticism and Philosophical Analysis (1978), Mysticism and Religious Traditions (1983), Mysticism and Language (1992), and Mysticism and Sacred Scripture (2000).  He has edited two volumes on the impact of the Holocaust on Jewish thought: The Impact of the Holocaust on Jewish Theology (2005) and Wrestling with God: Jewish Theological Responses During and After the Holocaust (2007) which was selected as the runner-up for the 2007 National Jewish Book Award in Anthologies and Collections.  He is the editor of the prize-winning journal Modern Judaism, and has served on the editorial teams of The Cambridge History of Nineteenth Century Religious Thought,and The Cambridge History of Judaism. He was the sole editor of Volume IV of The Cambridge History of Judaism: The Late Roman-Rabbinic Period which won the 2007 National Jewish Book Award in the reference category.

Katz has published over 100 articles in scholarly journals in the fields of Judaica, Holocaust studies, philosophy of religion, and comparative mysticism, and has lectured all over the world, including China, India, Israel, Europe, Australia and New Zealand.  He was awarded the University of Tübingen's Lucas Prize for 1999.  Past winners of this award include the Dalai Lama and Sir Karl Popper.  He is a Fellow of both the American Academy of Jewish Research and the Academy of Jewish Philosophy.