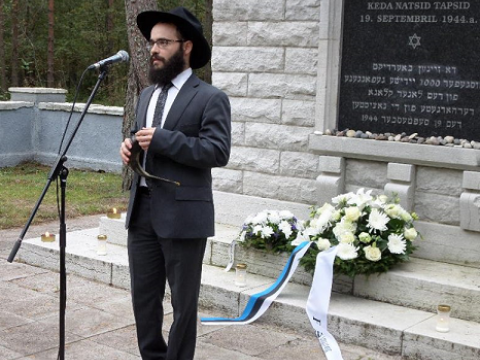 The event was attended by around 100 people and Ambassadors from Italy, (as representatives of the presidency of the EU council) Mr Marco Clemente and from Israel, Mr Dan Ashbel, as well as the chairperson of the Estonian Jewish community Ms Alla Jakobson and the chief rabbi of Estonia Efraim Shmuel Kot took the floor. Rabbi Kot said a memorial prayer and blew a shofar (traditional horn) in commemoration of the mass murder that took place there in 1944 on the second day of the Jewish New Year holiday Rosh ha-Shana.

Mr. Taavi Rõivas, the prime minister of Estonia, gave a 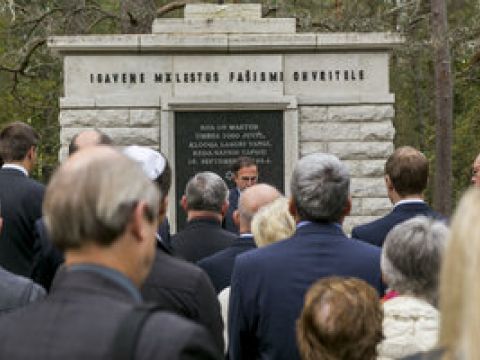 speech and laid a wreath on behalf of the Estonian people. Dr. T. Balberyszski, a survivor of the tragedy, wrote a text which was distributed at the event in which he stated:

“the decision of the Estonian Government to create and dedicate a monument to the memory of the victims of the “Final Solution”, near their burial grounds is a noble gesture that brings honor to the people of Estonia and should serve as an inspiration to other countries that have yet to live up to their obligations to meet the challenge of ensuring that the murder of European Jewry will be forever recorded and remembered.”

The full text by Dr. Balberyszski’s can be read here. Prime Minister Rõivas also spoke to the gathered crowd:

“I would like to thank the Estonian delegation of the International Holocaust Remembrance Alliance and the Estonian Jewish Community for organising this event today and for keeping the memory alive, as well as the Estonian History Museum for setting up an accompanying exhibition. I thank everybody who has come here for having an open mind and heart. Humankind will never forget the victims of the Holocaust.”

The event was widely covered by the national media. 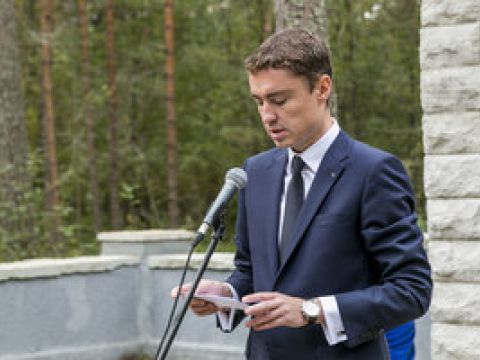