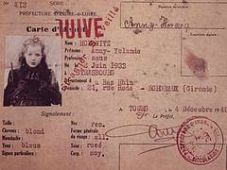 UNESCO, in partnership with the Mémorial de la Shoah, is presenting a symposium entitled "International Dimensions of Holocaust Education" followed by a special ceremony with the theme "Children in the Holocaust" today in Paris.

UNESCO organized this international symposium in order to explore the relevance of education on the Holocaust in a globalized world.  Questions such as why it has become so important to talk about this genocide even in regions far away from the places where it was perpetrated, and how Holocaust education can contribute to fight against racism and antisemitism and play a role in the prevention of mass atrocities and genocides will be addressed.  The symposium aims to try to bring answers to some of the universal issues borne by this history and will explore what is at stake in teaching about the Holocaust in these times of globalization.

The conference will be followed by a special ceremony with the theme "Children in the Holocaust."  Participants will include the Director General of UNESCO Irina Bokova, President of the Shoah Memorial Eric de Rothschild, ITF Honorary Chairman Yehuda Bauer, and Holocaust survivor Henri Borlant.  A short film entitled "Hidden Children" by film maker Robert Bober will also be shown.  In addition, an exhibition of the Shoah Memorial entitled "The Righteous of France" will be presented on this occasion.

The events will be held at UNESCO Headquarters in Paris.  More information is available in the symposium and ceremony programs.