Introducing IHRA to the UNESCO Latin American Network on Education 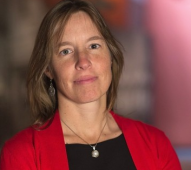 On 13 September, 2017, delegate Jennifer Ciardelli introduced the International Holocaust Remembrance Alliance (IHRA) to the members of the UNESCO Latin American Network on Education about the Holocaust at a focal point meeting held in Buenos Aires via video link. UNESCO is one of the IHRA’s seven permanent international partner organizations.

The Network was founded in 2014 in Costa Rica with a view to enhance regional dialogue on Holocaust education, genocide prevention, and dealing with difficult pasts through education. The Network stimulates national activity and gives rise to regional programs conducted under the guidance of UNESCO and in partnership with organizations providing expertise in the field, such as Yad Vashem (Israel), the USC Shoah Foundaion and the United States Holocaust Memorial Museum.

The meeting on 13 September, hosted by the Argentinean Ministry of Education, gathers representatives of the ministries of education of Argentina, Chile, Costa Rica, El Salvador, Guatemala, Mexico, Paraguay, Peru, and Uruguay. Observers from other countries in the region and international experts will also attend the meeting, which will be followed by a sub-regional seminar for education stakeholders of Argentina, Chile, Paraguay and Uruguay, placed under the patronage of UNESCO.

“As the only intergovernmental organization dedicated solely to Holocaust-related issues, the International Holocaust Remembrance Alliance is well-placed to share best practices and provide guidance to governments on the integration of Holocaust education in national curricula,"  said Jennifer Ciardelli, Director of the Civic and Defense Initiatives at the United States Holocaust Memorial Museum and member of the Unites States Delegation to the IHRA since 2014.  “A seminar on Holocaust education that we recently held in El Salvador shows that there is a desire in Latin American countries to better understand the event of the Holocaust and to continue to build Holocaust education efforts in the region."

On 9 January 2017, the IHRA held the first-ever seminar focused on teaching and learning about the Holocaust and related issues in El Salvador, an IHRA Observer Country. The seminar aimed to engage El Salvadorian educators (primarily teachers in the middle – secondary school level) in a standardized and localized professional development program that contributes to building a national network on how to teach and learn about the Holocaust. The El Salvador Ministry of Education officials involved in organizing the IHRA teacher training were trained at Yad Vashem within the context of the UNESCO Latin American Network.