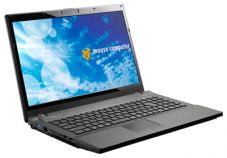 In May, a civil court in Buenos Aires, Argentina issued an injunction to force Google to remove antisemitic material from its search results, setting an international legal precedent.

Google has previously been forced to remove antisemitic material in various countries, including France and Germany, but this case marked the first time Google had been forced to do so by a court order.

The decision was handed down on May 17, and instructed Google to remove antisemitic search suggestions from their Argentinean browsers.  The decision was a response to a petition organized by DAIA, an umbrella group for Argentinean Jewish organizations, within a class action suit brought on behalf of the entire Argentinean Jewish community.  The petition argued that these search results led users to antisemitic and Holocaust denial websites.  DAIA noted that Google was returning search results for 76 websites that it regarded as "highly discriminatory."  The court decision ordered Google to remove these sites from its index, prevent its algorithms from returning results for an additional 13 search possibilities, and refrain from placing advertisements on another 22 sites that contain antisemitic language or promote Holocaust denial.

DAIA began organizing the effort in March 2010, when it founded the "Observatorio Web" project with the Latin American Jewish Congress and AMIA, the Jewish community of Buenos Aires.  Its goal was to combat discrimination on the web in all forms, and the group worked with Yahoo, Mercado Libre, Taringa, Psicofxp, VXV, and INADI, which is the Argentinean government agency for fighting against discrimination, to achieve this aim.  In December 2010, Observatorio Web published a report on antisemitic and Holocaust denial websites in Argentina's most widely-read newspaper.

Following discussions with Google, however, Observatorio Web decided it would be necessary to obtain a court order.  Observatorio Web's court petition was accepted on the basis that the search results led directly to sites that defy international and domestic human rights and anti-discrimination legislation due to their antisemitic or Holocaust denial content.  The court upheld these assertions, and also ruled that the web results contravened several international treaties to which Argentina is a signatory.  The court's decision was widely applauded by the Jewish community in Argentina.